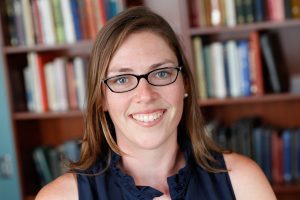 Hello and welcome to my website! I’m an Associate Professor of History at the University of Minnesota, where I teach courses on Atlantic History, History of Religions, Magic & Medicine, and The Early Modern Archive.

My research explores the religious dimensions of race, authority, and freedom in early America, the Caribbean, and the Atlantic world. My first book, Christian Slavery: Conversion and Race in the Protestant Atlantic World, shows how debates between slave-owners, black Christians, and missionaries transformed the practice of Protestantism and the language of race.

I’m currently working on a few different projects. “Constructing Religion, Defining Crime,” examines how some non-European religions – particularly those that were practiced under slavery – have been excluded from the category of religion and criminalized over the past three centuries.

I’ve also been working on an article about Missionaries and Maroons, which takes a micro-historical look at how and why maroon leaders sought to create alliances with Christian missionaries. Another project, called “Caribbean Reformations,” asks what happens to our understanding of the Protestant Reformation when we include the Caribbean, and the enslaved and free blacks who converted to Protestantism, into our understanding of the long Reformation.

A few other things about me: I’m from Philadelphia, but have come to love the American “North” of Minnesota. I live in St. Paul with my husband Sean, who runs Revere Auctions, and our two daughters, Lolo & Clarissa. You can email me at kgerbner@umn.edu or follow me on Twitter, Facebook, and Academia.edu.