I’m a historian and author of Christian Slavery: Conversion and Race in the Protestant Atlantic World (2018), which shows how religion has influenced our ideas about race, authority and freedom. My book is available at Amazon and Penn Press and you can email me at kgerbner@umn.edu. I also have a Facebook page and Twitter. Please get in touch! 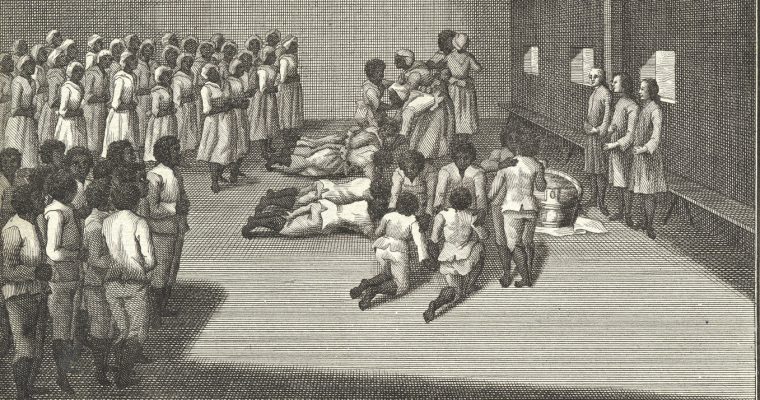 What do we mean when we talk about “religion”? And how do we distinguish “religion” from “superstition” or “witchcraft”? Most importantly, who gets to decide what counts as a religion and what is a superstition – or a crime? In the early modern period (1500-1800),… 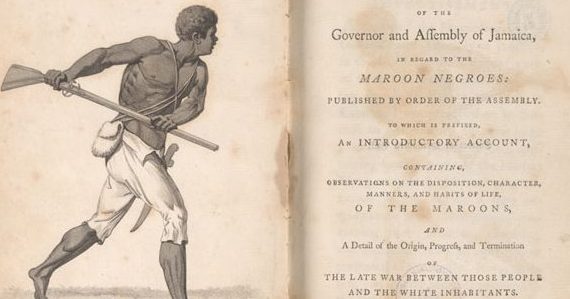 On August 7, 1755, George Caries, the first Moravian missionary to Jamaica, visited the maroon town of Accompong. The Jamaican maroons, mostly escaped slaves who had built a series of towns and their own form of government in the interior of the island, had won… 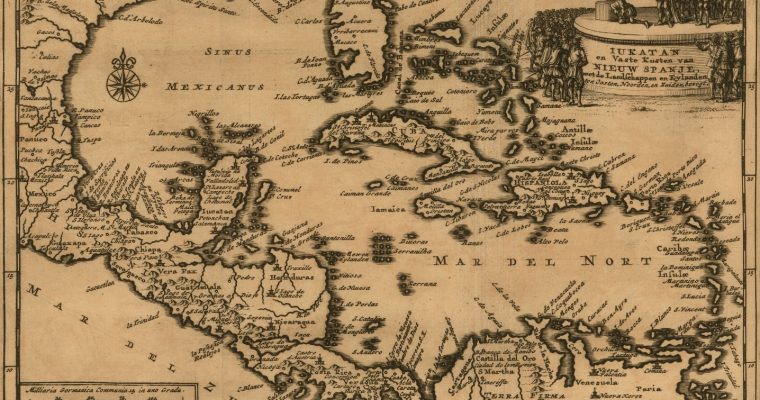 Caribbean Reformations begins from the understanding that in the Caribbean, enslaved and freed Africans had to fight their way into Protestant churches – in many cases facing intense resistance from white Protestant slave owners. As they did so, they challenged and transformed European Protestant ideas…

My book, Christian Slavery: Conversion and Race in the Protestant Atlantic World,  shows that religion was fundamental to the development of both slavery and race in the Protestant Atlantic world. Slave owners in the Caribbean and elsewhere established governments and legal codes based on an ideology of “Protestant Supremacy,” which excluded the majority of enslaved men and women from Christian communities. For slaveholders, Christianity was a sign of freedom, and most believed that slaves should not be eligible for conversion.

When Protestant missionaries arrived in the plantation colonies intending to convert enslaved Africans to Christianity in the 1670s, they were appalled that most slave owners rejected the prospect of slave conversion. Slaveholders regularly attacked missionaries, both verbally and physically, and blamed the evangelizing newcomers for slave rebellions. In response, Quaker, Anglican, and Moravian missionaries articulated a vision of “Christian Slavery,” arguing that Christianity would make slaves hardworking and loyal.

Over time, missionaries increasingly used the language of race to support their arguments for slave conversion. Enslaved Christians, meanwhile, developed an alternate vision of Protestantism that linked religious conversion to literacy and freedom. Christian Slavery shows how the contentions between slave owners, enslaved people, and missionaries transformed the practice of Protestantism and the language of race in the early modern Atlantic world.

You can find my book at Penn Press or  Amazon. 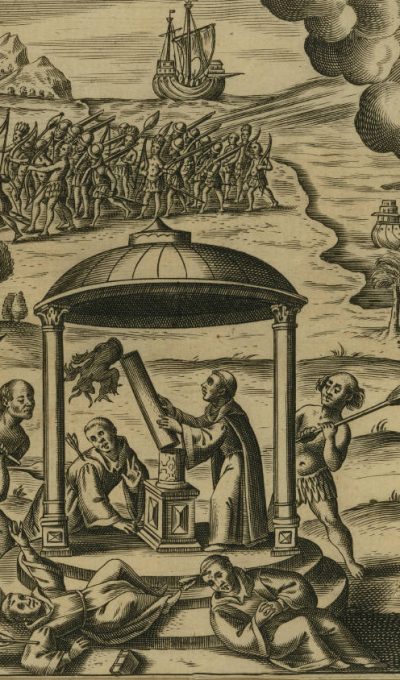 Evangelism was as a major justification for imperial expansion during the early modern period. Yet the actual relationship between missionaries and those they hoped to convert was far more complex than the narrative of conquest suggests. Missionaries were often the most prolific writers on non-European… 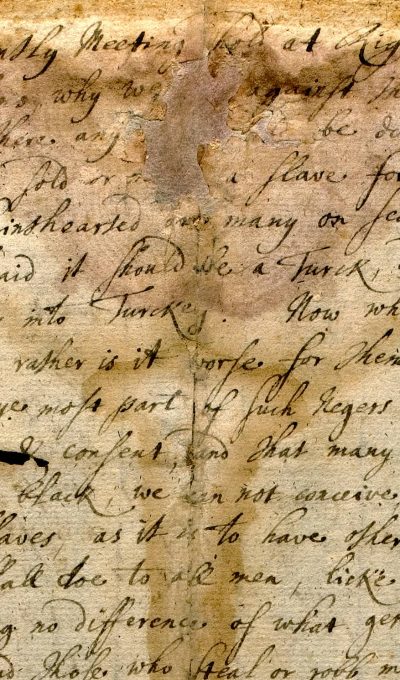 I have written several articles about Quakers and slavery in the seventeenth century. Two of them focus on antislavery thought, while the third examines Quaker slave holding practices in Barbados. All three of these articles begin from the premise that Quakers initially accepted slavery, but… 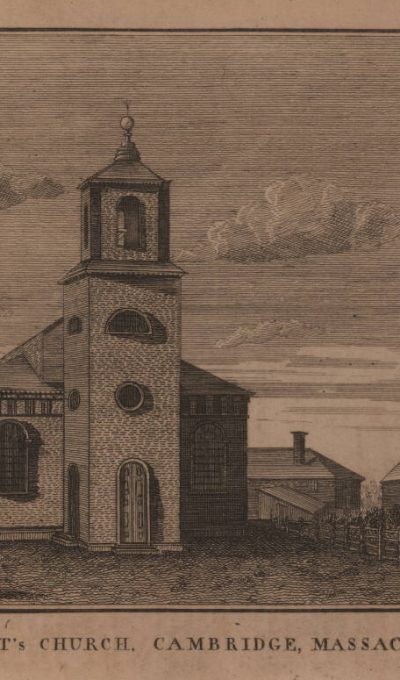 “Beyond the Half-way Covenant” redefines the New England church membership crisis of the 1650s and 60s as a crisis of outreach, rather than a crisis of declension. It examines family strategies and ancestral networks in Cambridge, Massachusetts and argues that Jonathan Mitchel, the minister of… 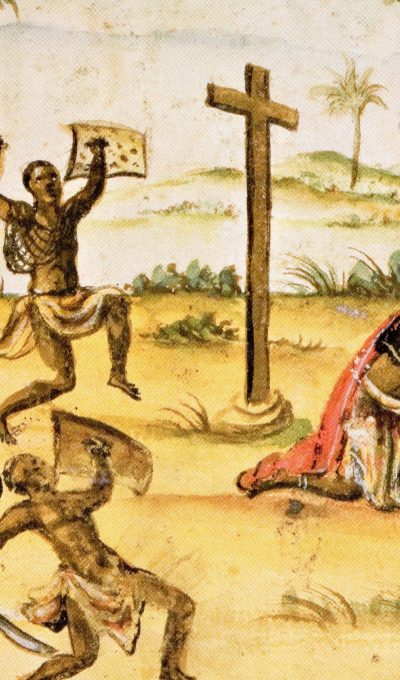 While Christian evangelization and conversion were often the primary justifications for imperial expansion in the early modern Atlantic world, the meaning of the word “conversion” remains contested among scholars, particularly when used to refer to non-European conversion to Christianity. Several historians have argued that the… 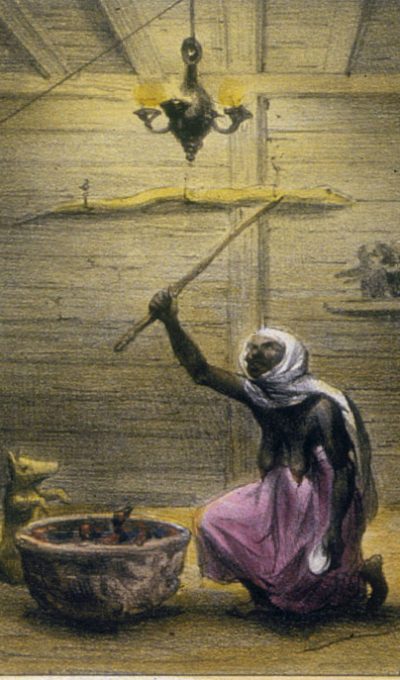 ‘They Call Me Obea’ examines the role of obeah within the Moravian mission to Jamaica between 1754 and 1760. While much scholarship has focused on the significance of obeah in Tacky’s Revolt of 1760 and later, there has been less attention paid to obeah before…